← My Mom Would Have Loved That!

Beer and a Funeral – Honoring the Dead? 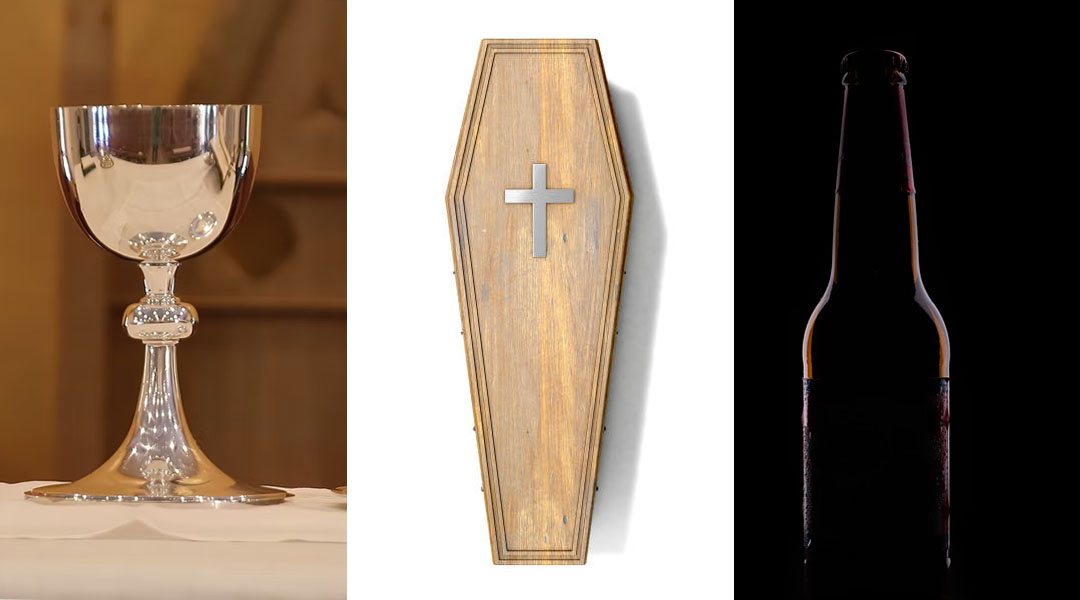 The funeral had not yet started, but it seemed a party was just beginning.

Men were in the courtyard of our church putting up a beer tent, followed by kegs on ice.   I stood, speechless, watching from inside the room where the funeral meal was being prepared.  Behind me, some of the family and friends of the deceased walked in carrying cases of beer and soda pop.  Though the family had paid the church to provide a funeral meal that was already being set out on tables, a caterer hired by the family surprised us by showing up with enough food to feed a large wedding reception.  We church staff knew nothing of these additions. The legalities aside, this was shocking.

I couldn’t help but wonder: at what point is celebrating someone’s life taken too far?

This makes me reflect on why we have a funeral for our loved one who has died.

Each body is sacred

As Catholics and as Christians we believe we are all created in the image of God.  Therefore, each person’s body is seen as sacred, to be treated with dignity and reverence from the moment of conception through natural death.

We also believe in the Resurrection.  Jesus died and was buried in a tomb.  He was raised on the third day.  As Jesus promised, we, too, believe we will be resurrected on the last day, to be united with Christ in heaven, in the fullness of God’s kingdom.  Therefore, we treat the body of those who have died with that belief and assurance.

This is why we have a funeral.  This is why the Catholic Church has the Order of the Christian Funeral (OCF), traditional rites that includes a vigil, funeral mass, and burial.  All are meant to be done with reverence for the sacred body of the person who has died, with compassion and hope in the Resurrection for those who mourn the loss of their loved one.

Life has not ended, but has changed.  We commend the person back to God as we place the body in its final resting place.  We leave in hope even as we grieve the loss of our loved one.

In these three ways  – the vigil, the funeral mass, and burial – we are truly celebrating the fullness of this person’s life both here on earth and eternally.

Let’s take a look at how we celebrate the Order of the Christian Funeral.

The wake, or vigil, is meant for us to keep watch.

It’s the first part of the Order of Christian Funerals, and it typically takes place the night before the funeral mass. The focus is on the person who died.  Friends and family come together to sit with the body of the deceased and spend time with those who mourn the loss. People pray together, sing songs, listen to music, and share stories of the person who died.  Though most eulogies by a family or friend of the deceased are done before or during the funeral mass, the vigil is a more appropriate time for this type of sharing.

My mother used to tell the story of when she was a young girl, and the body of the loved one who just died stayed in the home in the front parlor.  Friends and family would come over to the house and sit by the side of the body along with the family.  People would remain with the body and the family throughout the night.  The following day, they would carry the body directly to the church for the funeral mass. That is the purpose of the vigil: keeping the deceased company until the final blessings are bestowed.

The Funeral – a sacred celebration of life

Today a common phrase used in obituaries is “Celebration of Life” in place of “Funeral Mass” or “Mass of a Christian Funeral.” I’m not entirely sure why people hesitate to say “funeral” as if this is somehow a negative term. For Catholics, the funeral rites, including the funeral mass, are to “commend the dead to God” (Congregation for Divine Worship, Prot. No 720/69). The mass offers a beautiful ritual filled with symbols, meaning, and hope.

The funeral mass shifts the focus from the individual to the community. As a community, we pray for the person who has died, and looks with hope to the resurrection, where this person joins the communion of saints. Everything should be liturgical: readings, songs, prayers, holy water, and incense.

The sacredness, rituals, and meaning of the funeral mass are often transformative for those attending. I’ve heard many stories of people who have returned to or joined a church after experiencing a funeral mass.

The Mass, the second of the Order of Christian Funerals rites, does not end but continues to the gravesite for the final committal to the person’s permanent resting place.

So what’s the difference between a funeral and a celebration of life?

A Celebration of Life, according to Google – It’s a party!

Who doesn’t turn to Google for a quick answer these days? I did a swift search of “what is a celebration of life” and here is a good sample of the answer, from US Urns Online:

It’s about the people left behind, not the life of the deceased.

Don’t get me wrong, a celebration of life is a wonderful way for family and friends to be together, sharing stories that bring both laughter and tears. I would see the “celebration of life” as a separate event from the Order of the Christian Funeral. To me, that means a time following the funeral and burial. Speaking of burial…

The Committal Service is the third and final Order of Christian Funeral rites. This is “the final act of the community of faith in caring for the body of its deceased member” (OCF, 204). The focus shifts from the community to them, those who have gone before us– the loved one who has died is welcomed into the Communion of Saints.

I remember going with my mother, often, to visit the graves of those who passed before her: her parents, grandparents, relatives, and friends. My mother often warned us not to walk on a grave as a sign of respect, because even in death, we honor the person or people who have gone before us. Even in death, we honor the whole person, body and soul, made in the image of God.

This is why our cemetery is a place where we “Gather in sacred dignity – The call to comfort those who mourn is at the heart of our mission at The Catholic Cemeteries … We are an organization built around the fundamental truth that death is not just an end but a beginning” (The Catholic Cemeteries homepage).

Go to our website for The Catholic Cemeteries resources, and you can find more information about what the Catholic Church recommends for cremation and natural  burial.

What happened to the beer party?

Let’s go back to our beer party in the making. Indeed, we did have the funeral mass, and then everyone made their way to the big party. The appropriate place for the family to host this large, elaborate gathering would have been in their own home or a reception room somewhere other than the church. As you may have guessed, following the big bash, we changed our funeral policies and procedures for families going forward. The time and place to party are after we honor the life of the deceased and welcome them home to God. 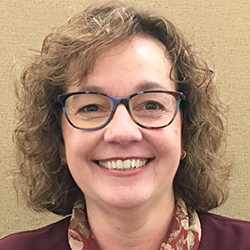 Jamie Moloney is the Director of Pastoral Outreach at The Catholic Cemeteries in Mendota Heights, MN. She also serves as the Chair of the National Association for Lay Ministry, and on the Growing Through Loss Coalition-South Suburbs.  Her passion is pastoral care, and grief and bereavement support.

back to tcc blog